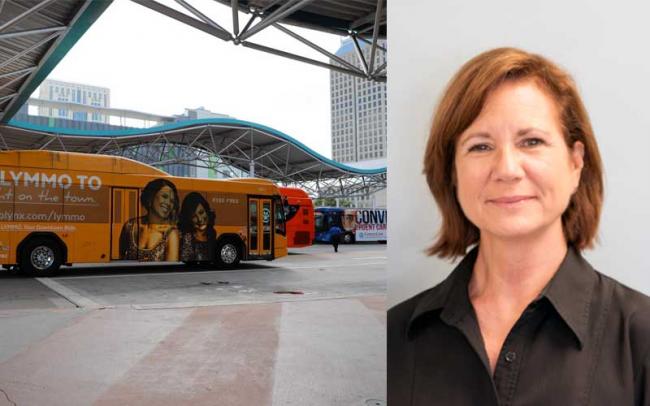 Cathy Matthews is a systems engineer residing in Orlando, previously a Military Training Systems Engineering Executive, with over thirty years experience.  She is now Director of a consulting company supporting industries providing products for military training. She sits on the board of directors at Lighthouse Central Florida and chairs its public policy committee. Matthews is the mother of a visually impaired young man and is a charter member of Central Floridians For Public Transit.

On 29th Anniversary of ADA –A Need to Prioritize Paratransit

Today marks the 29th anniversary of the passage of the Americans With Disabilities Act (ADA).  The landmark legislation, signed into law by President George H.W. Bush, prohibits discrimination against individuals with disabilities in all areas of public life, including jobs, schools, transportation, and all public and private places that are open to the public.

As the mother of a son who is visually impaired, this issue resonates on a personal level.

To be able to thrive, those needing paratransit should have reliable transportation to meet all the conventional needs of daily living like, attending college, shopping for groceries or making a medical appointment.

Locally, the service is known as Access LYNX and is run by the Central Florida Regional Transportation Authority, more commonly known as LYNX.

I sit on the board at Lighthouse Central Florida—a local nonprofit that serves the blind and visually impaired, many of whom (my son included) — are considered ‘transportation disadvantaged’ and therefore heavily reliant on paratransit services.

At Lighthouse and other community-based forums, I’ve heard all manner of testimony—good, bad and ugly—from clients and staff regarding their experiences using the shared-ride service—a service for which riders do pay a fare.

For someone who is visually impaired or otherwise physically disabled, the prospect of reclaiming a life of independence can seem remote with a series of bad Access LYNX experiences.

Conversely, an efficiently run, technologically optimized paratransit system can serve as the critical component that connects those in need to the resources they need to remain independent and fully engaged in life.

While these changes are very welcome, there is much more work to do.  As a systems engineer, I fully believe that prioritizing the integration of technology and its subsequent deployment to bring efficiency to paratransit is long overdue.

Optimum deployment of vehicles with real-time changes in pick-up and drop-off is achievable with today's technology.  It requires a change in how scheduling and routing is communicated, resulting in efficiencies for the service and the ridership.

With new leadership now in place at LYNX, it is my hope that the spirit of the ADA be honored by placing a renewed sense of urgency on improving paratransit service.

1) Ride reservations should be available through multiple channels: phone, apps, SMS messaging, physical infrastructure on the street and wearable technology for riders;

2) Paratransit agencies must collaborate with taxis and app-based car services, like Uber and Lyft to integrate more efficient services;

With longer life spans, and an increasing Central Florida population, the demand for transportation options that cater to the transportation disadvantaged, will continue to rise.

By applying new technological systems to a 29 year old mandate, paratransit services can be made more efficient and provide a better customer experience.

Here in Central Florida we must do our part to preserve the ADA’s promise of equality and ensure all our neighbors have the opportunity to live lives of inclusion and independence.