ORANGE COUNTY, Fla. — As some people in Central Florida wait for their unemployment claims to be processed, the huge number of calls to the state agency is overflowing into a non-profit in Orlando.

Those answering the phone are helping people during their toughest days, as the call takers deal with life struggles of their own.

If anyone ever needs to file for unemployment, Sophia McCall might answer the call. She's answered a lot of them lately. "It's been stressful, but knowing that I'm helping people in the state of Florida, at least giving a little bit of hope, it feels good at the end of the day," McCall said.

CLICK HERE OR BELOW IMAGE TO WATCH THE STORY 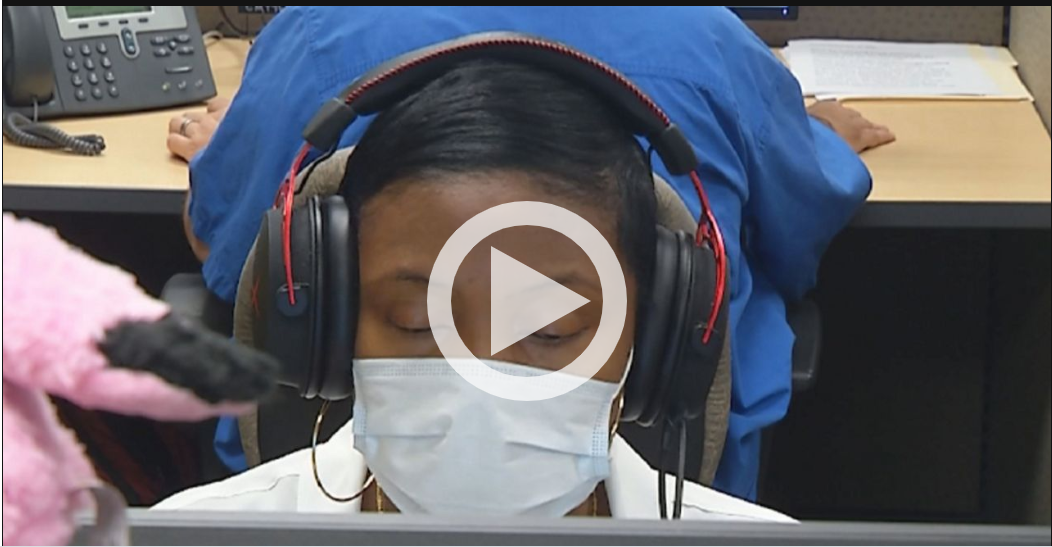 When it's the end of her day, chances are she's not just sitting around.

"I like to go places, and going from having sight to being blind was like a big disruption in my life," McCall added. McCall has been blind since 2016 and a lot of her co-workers are visually impaired, or blind as well.

Lighthouse Works started almost a decade ago to give people who are blind or visually impaired a competitive job opportunity. It has the technology allowing the representatives to process claims for the Department of Economic Opportunity.

"Because I'm completely blind, I use a program called JAWS," McCall said. "It's a screen reader, so it reads everything on my screen. It reads it to me and then everything I type it reads it back to me."

Kyle Johnson, president and CEO of Lighthouse Works, says the representatives have two voices in their ears. "Many times they have a customer in their left ear, and they have their computer screen reader in their right ear," Johnson said.

Lighthouse Works has had the contract with the DEO for three years, and while the call volume here increased dramatically, they were ready.

"We, at Lighthouse Works, were monitoring the surge in unemployment and could really understand that that call volume was going to explode," Johnson added.

McCall started at Lighthouse Works three years ago and she likes her job.

"It makes me realize that I'm blessed in both ways. Blessed to have a job, and then blessed to be able to help people who don't," she said.

Johnson said they need to hire more people, some blind or visually impaired and some sighted people.