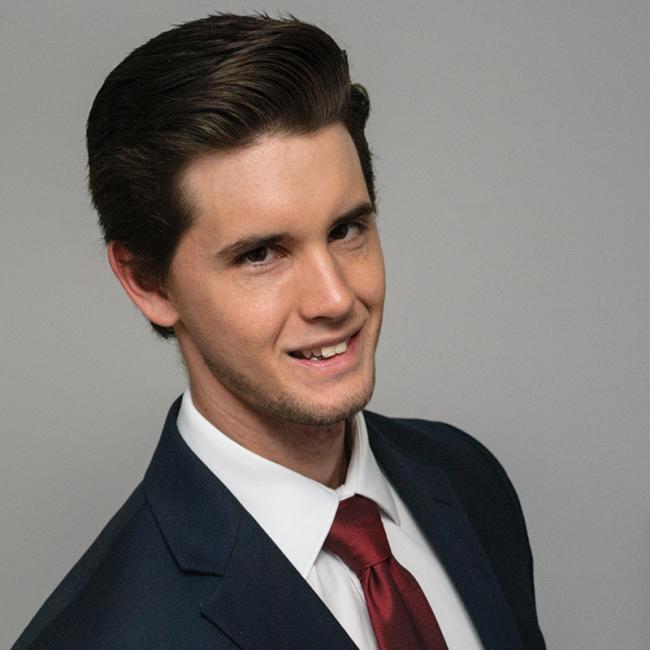 by Joseph Down | Through My Eyes

You are seated in the cockpit of an Allied bomber plane. The sound of bombs exploding coupled with heavy artillery fire is deafening.  The sky is covered in smoke and flame as the raid on the city continues. This is the scene of Berlin, Germany during World War II, a scene I was able to experience through virtual reality.

VR immerses its audience in a different world. The sights, sounds, spatial awareness to objects around you create a setting that goes beyond the effects of watching a video and truly put you in that place.

This past week I was lucky enough to be invited to Adventist University of Health Sciences to test out their VR lab and see how the technology is being used in education.  Since it was my first time using the technology, they started by putting me through a walk-through tutorial of the VR world. The tutorial allowed me to familiarize myself with the digital world, learn spatial awareness, pick objects up, and bring them closer. As I began to assimilate to the world I was in, my mind began to wonder. How can this technology be used to help people with low vision?

I live with low-vision and I have experienced, much like of our readers, the labor of watching a video or playing a video game and struggling to read captions or make out what detailed objects are because of their small size. However, in going through the virtual worlds I found that I was not bound to the struggles of a 2-dimensional screen.

Being in a 3-dimensional world allowed me to move closer to an object or even pick up that object to see it better. This innovation is a clear advancement in accessibility as anyone who has ever zoomed in on a computer screen can tell you. On a screen the ability to zoom-in is great. However, you often lose perspective, and can over-pixelate the object you are magnifying. When compared to the VR technology, I never lost perspective of the object because I was able to move it in space.

After spending over an hour in the virtual headset I knew there was a use for this technology to assist people with low vision. Potential uses began to flood my mind. One possible use is for helping people with low-vision assimilate to a new surrounding. Imagine the struggles that could be averted if a person could use VR to walk through the airport, find their train terminal, and enter their hotel prior to their trip.

For me personally, being familiar with my surrounding makes my life easier, especially with regard to vision. Being able to visually plot out a path, decipher signs, and find a bathroom are things that the sighted community may take for granted, but for a person with low-vision, these potential struggles can hinder an experience.

Along with being able to test out the VR technology, I was also able to talk and brainstorm with ADU staff about some potential uses for the system. We further discussed the idea of using VR for assimilation, as well as using it in place of a 2-dimensional computer screen. Ultimately, we came to the conclusion that there is a clear use for VR in relation to people with low-vision.  We agreed that collaboration between technology groups and disability centered non-profits hold the potential for great innovation.

I left ADU feeling inspired and hopeful. Technology is a rapidly advancing field, and to know that the technologies being developed can contribute to positively impacting the lives of those living from visual disabilities is encouraging.

In writing this blog post, I felt motivated to see what other ways VR can be used. I was excited to learn that the Smithsonian Institution is beginning to integrate some of their exhibits into the VR world. In the next installment of Through My Eyes, we will dive into the world of VR and see exactly how the Smithsonian is using this technology and what it could mean for people with low-vision.